This spirit represents a female tiger which they believe have powers over humans and animals. The claws represents the hypnotic powers the tiger posses to overcome its enemy.

Moyang Harimau Tenung Jerat is an image of a female tiger ( A?a? ) that have special powers. A tenung is a spiritual attack believed to be fatal to humans. They carved the Moyang Harimau Tenung Jerat from a single piece of mangrove timber ( Xylocarpus Xylocarpus Molucensis  ) with long nails with concentric circle that symbolizes the spirit’s power.

The fear of the Mah Meri towards the tiger is apparent in the Moyang Tenung Jerat Harimau that represents the power of the tiger over animals and humans represented by the squirrel and its claws exaggerated into a curving and curling, mesmerizing trap.

The Moyang Harimau Tenung Jerat spirit image sculpture was awarded the UNESCO Seal of Excellence in 2012.

There are no reviews yet.

CERTIFICATION & SCULPTORS
There are a number of sculptors available. The price depends on the seniority and
availability of the sculptors. All sculptures ordered from us will be provided with a
certificate of authenticity, UNESCO awarded certificate and maintenance instructions.
GUARANTEE & SERVICE
All sculptures ordered from us comes with free service. Please bring the sculpture to us at
the Cultural Village.
DEPOSIT
Ordering must be accompanied by a deposit and take one to three months to complete.
SHIPMENT AND DELIVERY
Packing and shipment will be arranged but shipment cost will be borne buyer. 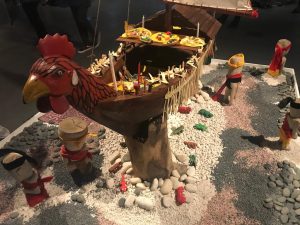 NOW OPEN until September ( 6th August 2022, Artist will be present ) 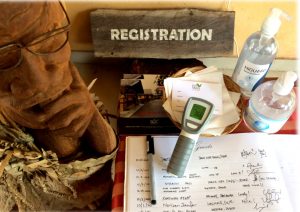 PLEASE OBSERVE THE FOLLOWING SOP
1. Wear a mask
2. Physical distancing, one meter apart
3. Sanitize your hands
4. Do not mix groups